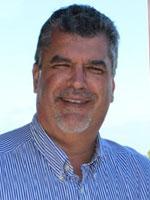 Mario Puccinelli began his career working as a garbage collector in 1978. After working in all facets of the operation, he became a supervisor in 1994.  In 1995, Mario was promoted to District Manager. In that capacity, his responsibilities included directing the day-to-day operations for the refuse and recycling services in the Financial District, Chinatown, North Beach, Fisherman’s Wharf and the Marina District. Mario was a member of many community and merchant organizations during my tenure in San Francisco.

In his role of VP-GM, Mario is responsible for the achievement of short term and long term financial and operational objectives for the Company while ensuring a high level of customer service along with maintaining positive relationships with local communities, the existing customer base, local agencies, city councils, city staffs, etc.